Big Brother in action: when the state aligns with the sexual revolutionaries:

When the state gets in bed with militant activist groups and uses its powers of coercion to force people to participate in immoral and dangerous agendas, you know we are in a real bad way. Of course there is a proper place for the minimalist government – one that fixes potholes, maintains national security, and the like.

But the expansionist state is increasingly moving well beyond such activities, and is now pushing radical left agenda items, and those who refuse to submit are being targeted. And there are plenty of means by which the state can ensure that an unwilling citizenry will be made to go along with all this. 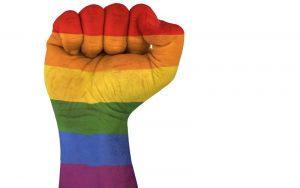 Almost all of the radical sexual revolutionary programs, policies and ideologies in vogue today are now heavily subsidised by governments – that is, by us taxpayers. Whether it is the militant homosexual lobby, the radical feminist ideology, or now the gender bender agenda, the state is deeply involved in promoting these things.

Consider the trans revolution sweeping everything in its path. If a young male thinks he is trapped in the wrong body, he can get all the help, support, and even financial aid he likes from the state. Taxpayers will have to foot the bill for transitioning and all that goes with it.

Taxpayer-funded counsellors, clinics, drugs and medical help and so on are all readily at hand. But this is all one-way traffic. If there is sex-change regret, and someone seeks to detransition, there is no such government help available, and no such funding. Sorry, you are then on your own Jack – or Jill.

So the coercive state is running with radical left ideology and making you pay for it. Are you getting upset yet? Examples of this are legion. As I wrote two years ago, we have shocking headlines like this making the rounds: “Australian Defence Force personnel sex-changes cost taxpayers more than $1m.”

The October 2017 news item opened this way: “Taxpayers have been slugged more than $1 million for Australian Defence Force personnel to undergo sex-change surgery and for treatment of gender dysphoria.” Hmm, I suspect most folks have no idea that their hard-earned tax dollars are being wasted on such madness.

Yes we expect some of our tax dollars to go to the defence of the nation – but we do NOT expect this money to go to moonbat social experiments in the military that do nothing to keep us safe, but do everything to implement radical activist agendas. And consider more radical proposals in Australia. Check out this shocker from a few months ago:

Transgender surgery, such as ­“facial feminisation” with a price tag of up to $70,000, should be made available in public hospitals and subsidised by Medicare, says a report to Victoria’s government. A “critically low” supply of trans-skilled surgeons is driving people overseas for costly surgery that sometimes fails and is difficult to repair in Victoria, says the 2018 report feeding into what Premier Daniel Andrews unveiled in April as Australia’s first Trans and Gender Diverse Health Care ­Initiative.

The report cites the “rapid ­increase” of patient demand in Victoria’s gender clinics at the Royal Children’s Hospital and Monash Health. It urges more surgical training and says Medicare should recognise that “gender ­affirming” surgery is not cosmetic but helps a trans person lead “a productive and meaningful life”. The report says: “Many pharmaceutical and surgical procedures (for trans people) are not listed on Medicare/PBS schedules and require private funding, which can be expensive,” and gives the example of “craniofacial reconstruction” (facial feminisation, costing $50,000-$70,000) after puberty for trans females born male. www.theaustralian.com.au/nation/politics/call-for-medicare-to-pay-for-transgender-surgery-and-a-meaningful-life/news-story/db2e8184035d32ede6361b6bbdb946c8

We find the same thing happening overseas. Recently we learned of some alarming proposals being made by Democratic presidential contenders in the US. Here is one of them:

Former Rep. Beto O’Rourke said Thursday that churches and other religious institutions that oppose same-sex marriage should lose their tax-exempt status, taking the Democratic presidential debate into uncharted — and controversial — territory. The Texas Democrat was asked about the concept by CNN anchor Don Lemon at a 2020 candidates’ forum on LGBTQ issues co-hosted by the network and Human Rights Campaign Foundation.

“Do you think religious institutions like colleges, churches, charities should lose their tax-exempt status if they oppose same-sex marriage?” Lemon asked. “Yes,” O’Rourke replied. “There can be no reward, no benefit, no tax break for anyone, or any institution, any organization in America, that denies the full human rights and the full civil rights of every single one of us. And so as president, we are going to make that a priority, and we are going to stop those who are infringing upon the human rights of our fellow Americans.” www.nbcnews.com/politics/2020-election/o-rourke-says-churches-against-gay-marriage-should-lose-tax-n1065186

Of course it is not just removing tax relief, or forcing taxpayers to pay for radical activist agendas that most folks would strongly disapprove of that is allowing the hyper-left to take over our societies. Coercive government policies of various kinds will also do the trick. Consider one recent example of this from the UK:

Judges have been ordered to hand out tough jail terms in a crackdown on transgender and homophobic hate crimes. Offenders found guilty of stirring up hatred on the grounds of sexuality should get at least six months in prison, new sentencing guidelines state.

And there should be a six-year jail sentence for those convicted of the worst cases of intolerance against gay or transgender people. The instructions, released yesterday by the judge-led Sentencing Council – the statutory body that recommends punishment levels – mean transgender hate offences will receive harsher sentences than domestic burglaries. www.dailymail.co.uk/news/article-7577477/Now-trans-gay-hate-crime-mean-SIX-months-jail-judges-ordered-crack-down.html

Bear in mind just what these activist bodies mean by “hate crimes”: basically anything thought, said or done in opposition to these radical agendas. In other words, an article like this would be considered to be a hate crime. So I could be facing prison time in the UK simply for writing and sharing a piece like this!

And consider a very troubling proposed policy in Queensland. As the Australian Christian Lobby has warned:

After years of telling school kids their gender is fluid, the Queensland Labor Government now wants to force counselors, social workers and all medical professionals, to assist kids who are confused about their gender to undergo irreversible gender transitions.

Labor’s draft Bill is so dangerous I am asking you to take urgent action today. Just as the so-called ‘Safe Schools’ program was delivered under the guise of an anti-bullying campaign, Labor’s new law is being promoted as an effort to ban ‘gay conversion therapy’. But the Bill does much more than that.

-This Bill would make it a criminal offence for a medical practitioner to adopt a ‘wait and see’ approach if a patient presented and said they were confused about their gender.

-This new law would mean the doctor or medical professional would be compelled to put that patient on a pathway towards irreversible sex change surgery or harmful hormone treatments. www.acl.org.au/cm_qld_convtherapy

There are countless ways in which the state can force people to do the bidding of the leftist militants. As this gets increasingly worse, all concerned citizens – including concerned Christians – must think about how they might respond.

The issue of civil disobedience arises here, and I have spoken about it often now. See this piece for example: billmuehlenberg.com/2015/09/09/the-state-unjust-laws-and-civil-disobedience/

The sad truth is, the days of limited government now seem to be over. Everywhere we see big government getting bigger, especially as it sides with left-wing social engineering agendas. And the radical sexual revolution is a major part of all this.

Prepare for things to get even worse in the days ahead – unless we all start speaking up NOW.

13 Replies to “Trans-sanity, the Coercive State, and the Taxpayer”