Hopefully by now most of you would have heard of the latest appalling case of the pink mafia and its war against Christians. The homosexual militants, along with their supporters in the media, politics and the judiciary, have declared war on Christianity, and are hell-bent on shutting down any and all opposition to their nefarious agenda.

My recent book Dangerous Relations has an entire chapter on this. It documents nearly 200 cases of those refusing to bow the knee to the militants; they are being jailed, fined or kicked out of their jobs. This is a war, and casualties are mounting up every day. 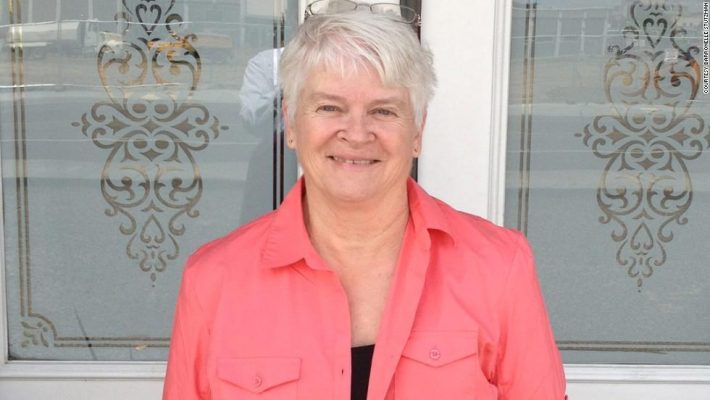 Fortunately a few brave warriors are not rolling over and playing dead on all this. Some are taking a stand and resisting the gaystapo and their attempt to destroy faith, family and freedom. I wish we had many more such fearless troopers who are so dedicated to their faith and the common good.

I am referring here to Washington state florist and grandmother Barronelle Stutzman. She has stood like flint against her oppressors, even though the militants and the courts are throwing everything they can at her. Her story has now been told often, so let me just site a few reports here:

A Christian florist in Washington state who refused to provide flowers to two homosexuals for their wedding violated state consumer protection and anti-discrimination law, a judge ruled Wednesday. Benton County Superior Court Judge Alex Ekstrom rejected arguments from the owner of Arlene’s Flowers in Richland that her actions were protected by her freedoms of speech and religion. While religious beliefs are protected by the First Amendment, actions based on those beliefs aren’t necessarily protected, he said.
“For over 135 years, the Supreme Court has held that laws may prohibit religiously motivated action, as opposed to belief,” Ekstrom wrote. “The Courts have confirmed the power of the Legislative Branch to prohibit conduct it deems discriminatory, even where the motivation for that conduct is grounded in religious belief.”
Barronelle Stutzman, the owner of Arlene’s Flowers, sold flowers for years to customer Robert Ingersoll. She knew he was homosexual and that the flowers were for his partner, Curt Freed. After Washington state adopted homosexual marriage in 2012, Ingersoll went to the shop the following spring to ask Stutzman to do the flowers for his wedding. At the time, floral arrangements for weddings made up about 3 percent of her business.
She placed her hands on his and told him she couldn’t, “because of my relationship with Jesus Christ,” she said in a deposition. As a Southern Baptist, she believed only in opposite-sex marriages. Ingersoll and Freed sued, as did Washington state, alleging violations of Washington’s Law Against Discrimination and Consumer Protection Act.

The Alliance Defending Freedom has come to her aid, defending her against the homosexual juggernaut. The ADF says the ruling violates the US Constitution. ADF attorney Kristen Waggoner said:

“It’s also unnecessary. There are lots of florists [available],” she explains. “If you look in the [Yellow Pages for the] Tri-Cities area, there’s like three pages … of florists that could have served this couple. Yet what’s being set up here is that’s not good enough; it’s not good enough that there are other florists. [They’re essentially saying] we have to coerce everyone to do what we want them to do – even if it violates religious convictions.”
ADF attorney Jonathan Scruggs tells OneNewsNow the court somehow concluded that forcing Stutzman to create expression against her will doesn’t violate her free-speech and religion rights.
“To the contrary: this ruling ignores the preeminent civil rights law of our country, that being the First Amendment,” states Scruggs. “And it would also allow the state to force citizens to choose between conforming their beliefs to the state’s ideology or suffering extremely severe consequences.”

In an update on this story, Todd Starnes writes:

Barronelle Stutzman, a Washington State florist who declined to provide flowers for a gay wedding, has rejected a deal by the attorney general’s office that would’ve forced her to betray her religious beliefs – much like Judas betrayed Jesus.
“You are asking me to walk in the way of a well-known betrayer, one who sold something of infinite worth for 30 pieces of silver,” Stutzman wrote in a letter to state Attorney General Bob Ferguson. “That is something I will not do.” Stutzman said she never imagined the day when what she loved to do would become illegal.
Ferguson had offered to settle the case if she paid a $2,000 penalty for violating the Consumer Protection Act, a $1 payment for costs and fees, and agreed not to discriminate in the future….
But the 70-year-old Southern Baptist grandmother said she will not violate her religious beliefs – no matter what. If that means losing her house – so be it.
“I certainly don’t relish the idea of losing my business, my homes and everything else that your lawsuit threatens to take from my family, but my freedom to honor God in doing what I do best is more important,” Stutzman wrote in a letter to the attorney general.
She said the attorney general simply does not understand her or what the conflict is all about. “It’s about freedom, not money,” she said. “You chose to attack my faith and pursue this not simply as a matter of law, but to threaten my very means of working, eating and having a home.”

She has been fighting this for three years now, and is determined not to let the bullies and fascists win. Well done Barronelle. She deserves all the support we can give her. We certainly all must pray for this brave woman. You can sign a petition on her behalf: www.afa.net/action-alerts/judge-threatens-to-take-christian-grandmothers-business-home-and-savings/

My friends, we are in a war. Make no mistake about it. The other side has clearly told us their aims. They want to remove every last shred of opposition to their social wrecking ball agenda. Barronelle Stutzman refuses to be cowed by these thugs. So do I.

Please pray for Barronelle. Please sign the petition. Please like her FB page. And please wake up to the homosexual blitzkrieg which is destroying so much of Western society. If we lose our freedoms and our faith, it will largely be because we refused to stand up and be counted in this hour of need.