There are many more ways to sexually assault a child than with actual physical abuse. Flooding their hearts and minds with all things sexual can be just as damaging and just as deadly. And we are seeing this being played out before our very eyes today.

The sexual revolutionaries, the sexual libertines, and the sexual anarchists not only want open slather for any sort of filth and smut to flood our culture like a tsunami, but they do not give a rip about all the collateral damage done to our children. 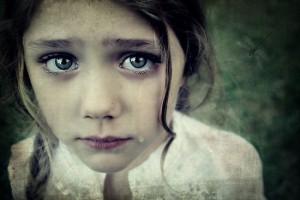 And everywhere in the West we see this being played out. Daily examples can be found which will make any normal person sick in the stomach. Consider this Australian news item from yesterday which should shock all of us:

The sexting trend has hit primary schools with principals turning to sexual assault groups for help to deal with the devastating fallout. Experts are alarmed that children as young as 10 are regularly sending nude and semi-naked photos of themselves, with some shared widely among classmates.
Easy access to internet porn and social media use at younger ages are said to have contributed to the problem. Parents have been warned to wake up to the dangers of ignoring minimum-age restrictions for social media sites and letting children set up accounts before they turn 13.
“I am pleading for every parent to report every child to Facebook or Instagram or Snapchat, if they find out they have these accounts underage,” child and adolescent psychologist Dr Michael Carr-Gregg, of the National Centre Against Bullying, said. “They don’t have the social and emotional maturity to manage their digital footprint. But it seems to be falling on deaf ears.”
Primary schools are increasingly contacting Victoria’s Centres Against Sexual Assault for advice on how to handle difficult situations where students used mobile phones inappropriately, including sexting. CASA forum spokeswoman Carolyn Worth said younger children were more likely to send photos wearing singlets or underwear, but some have been more explicit.

As bad as all this is, it seems to be even much worse in the UK.

Children as young as seven have been caught ‘sexting’ in school, with more than half of all teachers in the UK aware of pupils using social media to share sexual messages, pictures and videos. In one case, girls in year 9 got hold of explicit selfies of one of their classmates and began showing the images to everyone else, which meant that they were in fact distributing child pornography, a new survey has revealed.
The revelations followed concerns of a ‘sexting epidemic’ among thousands of British children who have been caught sharing sexual imagery online. Almost one-third saw a photo or video of them taken without consent, while almost one-tenth experienced threatening behaviour….
Some 63 per cent of teachers said they were aware of 14-year-olds sexting, while 45 per cent said those involved were aged 13. Examples of sexualised messages between pupils also included taking pictures of private body parts and showing them to others and a girl who pretended to be romantically interested, persuaded a boy to take pictures of his genitals and then shared the image.

Ten-year-olds in Australia. Seven-year-olds in England. And it is likely to keep getting worse and worse. And if anyone thinks this is a bit of harmless fun they are kidding themselves. Why do we keep hearing reports about children sexually assaulting other children?

Two 12-year-old boys have been charged with the aggravated sexual assault of a female student at a primary school on Sydney’s northern beaches. The six-year-old girl reported the incidents herself, Fairfax Media has been told. It is understood she was raped on two separate days at school in mid-August.
Both boys were allegedly present during both incidents but only one of the boys raped her in the second incident, police allege. The primary school immediately notified the Department of Education, which immediately notified the NSW Police’s Child Abuse Squad. After a two-week investigation, the two boys were arrested at Chatswood police station on Tuesday.
One boy has been charged with four counts of aggravated sexual assault and two counts of sexual intercourse with a child under 10. The second boy was charged with two counts of aggravated sexual assault and sexual intercourse with a child under 10. Both have been granted bail and will appear in a children’s court over the next two months.

Consider one such concerned commentator who was sounding the alarm 35 years ago. In his important 1981 volume, The Hurried Child: Growing Up Too Fast Too Soon, David Elkind said this:

Hurried children are forced to take on the physical, psychological, and social trappings of adulthood before they are prepared to deal with them. We dress our children in miniature adult costumes (often with designer labels), we expose them to gratuitous sex and violence, and we expect them to cope with an increasingly bewildering social environment – divorce, single parenthood, homosexuality. Through all of these pressures the child senses that it is important for him or her to cope without admitting the confusion and pain that accompany such changes. Like adults, they are made to feel they must be survivors, and surviving means adjusting – even if the survivor is only four or six or eight years old.

As he says at the end of his book: “It is children’s right to be children, to enjoy the pleasures, and to suffer the pains of a childhood that is infringed by hurrying. In the end, a childhood is the most basic human right of children.” Quite so. And as always, the social revolutionaries – including the sexual revolutionaries – have children in their sights.

They are the target. They are the prize. We get this everywhere today, including in our comprehensive sex education programs that aim at children from the earliest of ages. The so-called Safe Schools program is just another nasty example of all this.

It is time to say enough is enough. If we do not take a stand when our most vulnerable are at risk, then we have ceased to be a civilised society, but have instead fully descended in barbarism.

17 Replies to “The Diabolical Sexual Assault on Our Children”