On the indispensable role of asking questions and holding the State to account:

Not everyone is happy with various government lockdown and shutdown measures as States seek to deal with corona. Many have been critical of numerous matters, such as over-the-top shutdown measures, the erosion of freedoms, the devastation to our economies, the very real negative impact of these lockdowns, and the ugly culture of spying and snitching that has arisen.

As just one quite ugly example of the last item, consider this from the US: “Neighbor sends nasty ‘stay at home’ note to woman who leaves the house. Turns out woman is a 911 dispatcher.” You can see the ugly note that was sent to her here: https://www.theblaze.com/news/neighbor-nasty-note-911-dispatcher 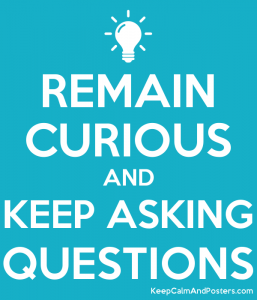 There have been countless cases of this where we are simply repeating what routinely took place in Hitler’s Germany, the Soviet Union, and Communist Eastern Europe – or what still occurs every day in Communist China and North Korea. This is utterly shocking. This is getting out of control – far too much fear and panic-mongering.

Many have been speaking out about various legitimate concerns such as inordinate State powers, draconian lockdown measures, restrictions on liberty, economic devastation, and the loss of health and life that those stringent measures are bringing.

In Australia we have folks like the agnostic Andrew Bolt, evangelical Augusto Zimmermann, evangelical John Anderson, Catholic Cory Bernardi, and, well, myself – among others. And in the UK we have the Anglican Peter Hitchens, the agnostic (?) Katie Hopkins, and the atheist Brendan O’Neill also regularly asking hard questions about what is happening.

Now I have mentioned the religion – or lack thereof – of these folks for at least two reasons: one, note that people of all different stripes have deep-seated concerns about these lockdowns. So they can’t just be pigeonholed into one belief or ideology.

But two, notice how many Jewish folks there are who are so very alarmed at the rise and rise of authoritarian Statism. Um, maybe they have a very good reason to fear all this. Maybe they have had some very real experiences of this just 80 years ago. Maybe they are far more alert to the inherent dangers here than so many of the rest of us are.

Why am I writing this?

As one who has a lot of readers and followers and critics both here and on the social media, I am quite aware that plenty of folks strongly disagree with me, think I am way over the top, and believe that I should just sit down and shut up. After all, if the State thinks something is good for me, I should just accept it and not complain or question.

But I also know that there are many people who have similar views to mine. Many have made it quite clear that they support the stance I have been taking on this issue over the past few months. And many will never comment publicly on this site, but they do tell me privately that they are glad I am speaking out as I am.

So I guess this piece is as much for them as it is for me. It is so very easy to get discouraged and want to quit. You feel like a lone voice, and that everyone is against you. So knowing that many others do agree with you can help you to keep on keeping on.

Let me share from a new column by conservative English commentator and Christian Peter Hitchens. He too has been feeling the heat of late and has been quite discouraged. What he writes has encouraged me to at least know that I am not alone, and his opening words might be of help to you as well:

Why do I bother? For six weeks now I have been saying that the Government’s policy on Covid-19 is a mistake. Most people do not agree with me, and many are angry with me for saying so. Others, bafflingly, don’t care about the greatest crisis I have seen in my lifetime, and regard the debate as a spectator sport.

Let me say it again: the coronavirus is not as dangerous as claimed. Other comparable epidemics have taken place with far less fuss, and we have survived them. The death rate is lower than the Government believed. It passed its peak in this country on April 8, well before the crazy measures introduced by the Government on March 23 could possibly have affected matters. The actions we are taking against it are gravely out of proportion and will destroy the lives of thousands and the prosperity and health of millions. This is not life versus money. It is life versus life.

It has not been much fun fighting this. In fact, it has been exhausting and dispiriting. I feel as if I am in a nightmare where I can see a terrible danger approaching but when I cry out in warning, nobody can hear me. Can’t you see? I yell in the dream. If you don’t defend your most basic freedom, the one to go lawfully where you wish when you wish, then you will lose it for ever.

And that is not all you will lose. Look at the censorship of the internet, spreading like a great dark blot, the death of Parliament, the conversion of the police into a state militia? Aren’t you alarmed by the creation of a creepy cult of state-worship, celebrated every Thursday night – in a country where church services and normal public gatherings are banned? When did you last hear an anti-government voice on the BBC, now little more than a servile state broadcaster?

And then can you not see the strangling of the prosperity on which everything we hold dear is based? I mentioned the other day to a hard-working small business owner that a shop well known to me was down to ten per cent of its normal takings. ‘Lucky him!’ exclaimed the businessman, ‘I have had no income at all for weeks, and I have no hope of any. But I am still having to pay my rent and power bills, and interest on my loans.’ https://hitchensblog.mailonsunday.co.uk/2020/05/peter-hitchens-were-destroying-the-nations-wealth-and-the-health-of-millions.html

Of course I am quite aware that I and Peter and the others mentioned here might be totally wrong on all these things. We are not omniscient nor infallible. Neither are our critics. So I will keep reading, thinking and asking questions. I will try to follow the evidence where it leads. And if need be, I will change course when that is required.

I could have said this at the outset, but I have realised that somewhere at least I would need to say the obvious. For any squeamish Christians out there who think I am preaching dangerous stuff, let me assure you that 1 Samuel 15:23a does not have anything to do with what I am saying here. That verse of course says this: “For rebellion is as the sin of divination, and presumption is as iniquity and idolatry.”

The context is Saul’s rebellion against the Lord and God’s rejection of him as king. Yes, there is a sinful sort of rebellion that reacts against God and his laws, and is based fully on selfish human autonomy. That of course is NOT what I am referring to here when I somewhat humorously talk about a ‘rebel alliance’.

As should be clear, I am referring to those who rightly will ask hard questions, seek to hold the government to account, and act as watchmen on the wall. These are all essential characteristics of the concerned Christian. There is nothing virtuous or Christlike in blindly living in subservience to State dictates and taking a ‘my government right or wrong’ stance.

Yes, God has ordained government, but it is never to be absolute and never to be run completely free from God’s law and God’s values. See my discussion of a balanced understanding of Romans 13:1-7 here: https://billmuehlenberg.com/2014/12/03/difficult-bible-passages-romans-131-7/

So I will keep thinking, praying and asking hard questions. I encourage you to do the same.

44 Replies to “The Corona Rebel Alliance”