As many of you might have heard, Bruce Jenner (and that is who he is, not Caitlyn) was recently named “Woman of the Year”. Yes you heard me right: Woman of the Year! Um, I realise that much of the West has gone absolutely mad, but for those few individuals left with their minds and morality intact, let me state the obvious: Bruce is not a woman.

Never has been, never will be. He still has all his male chromosomes, male DNA, and male physical bits – yes he still has his MALE penis. He may mess with his body or mess with his mind, but he is still a male – end of story. He does not need surgery or implants or hormones or dresses; he needs therapy and counselling.

It is his mind that is messed up, not his body. Yet we have our moonbat elites celebrating and promoting this idiocy, including the dolts at Glamour magazine. This is of course an insult to women all around the world. Feminists should especially be screaming bloody murder here that their cause has been set back by decades. 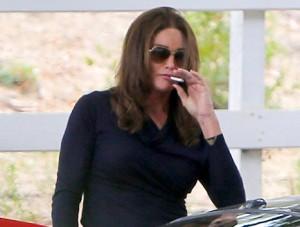 Calling Jenner Woman of the Year makes as much sense as declaring that I am Milkshake of the Year. Hey, if he can get away with this utter insanity, then so can I. And if you have an issue with my transitioning into a milkshake, that is your problem: you are shakophobic and an intolerant bigot.

Milkshakes of the world, unite! You have nothing to lose but your chains. It is time to end all unjust discrimination against milkshakes – now. I fully expect to make it as Time magazine’s Person of the Year – or Milkshake of the Year. President Obama of course needs to single me out and sing my praises, and soon Oprah should have me on her show.

I am proud to courageously lead the charge for milkshake rights. It is time for all those timid milkshakes to come out of the closet. And all ugly discrimination and bigotry must end now – by force of law. Here in Australia I plan to meet with Malcolm Turnbull to discuss how we milkshakes can achieve full equal rights and recognition. The Greens, Sex Party, and most ice cream parlours are already onside.

Oh, and I don’t mean to single out milkshakes as the only worthy candidates of things or its of the year. Many others could be mentioned. One friend has finally left the closet and I have such a high regard for his courage and honesty. He is finally becoming true to himself – or itself. Here he explains his “Helicopter Reassignment Procedure (HRP, or Herpes)”:

I sexually identify as an Attack Helicopter. Ever since I was a boy I dreamed of soaring over the oilfields dropping hot sticky loads on disgusting foreigners. People say to me that a person being a helicopter is impossible and I’m mad, but I don’t care, I’m beautiful. I’m having a plastic surgeon install rotary blades, 30 mm cannons and AMG-114 Hellfire missiles on my body. From now on I want you guys to call me “Apache” and respect my right to kill from above and kill needlessly. If you can’t accept me you’re a heliphobe and need to check your vehicle privilege. Thank you for being so understanding.

Wow, what an inspiring, moving story. So courageous. So beautiful. We salute you Simon, er, Apache. So glad you have finally come out of the closet – or hangar. You do us all proud. Ever consider running for high office? I think you could really go places.

Now, if all that sounds a bit bizarre – well, of course it is. And it is no more bizarre than having a man like Bruce pretending he is a woman. The truth is, this gender-bender lunacy is spiralling out of control. Each new day more madness is revealed, all in the name of trans’ rights.

Consider a few recent episodes – designed to really do your head in. Take this story about an Illinois high school:

The Obama administration is suing yet another school district for refusing to allow a biological teenage male to use the girls’ locker room, restroom, and shower facilities. Yesterday, the federal government found the school in violation of a new interpretation of Title IX, a 1972 law designed to prevent sex discrimination.
Nothing in the law – or any other federal civil rights legislation – specifies that it applies to transgender individuals. That decision came after what a district spokesperson described as months of negotiation.
A male student who identifies as female sued Township High School District 211 in 2014 for access to the female locker room. The district said the student could use a separate, private room instead.
“At some point, we have to balance the privacy rights of 12,000 students with other particular, individual needs of another group of students,” said District 211 Superintendent Daniel Cates. “We believe this infringes on the privacy of all the students that we serve.”
This wasn’t good enough for the ACLU, however, which represented the male student in a complaint filed with the U.S. Department of Education (DoE)’s Office for Civil Rights.

Yep, submit, or big brother will come after you. Welcome to our Brave New World of transgender moonbattery and coercion. And the political correctness keeps going from bad to worse. Check out this lulu of a headline: “Students: Transgender Woman Can’t Be Diversity Officer Because She’s a White Man Now.” The whole nutzo story is worth offering here:

A student who was born female felt perfectly comfortable identifying as a man at Wellesley College — until people said he shouldn’t be class diversity officer because he is now a white male. Timothy Boatwright was born a girl, and checked off the “female” box when applying to the Massachusetts all-women’s school, according to an article in the New York Times. But when he got there, he introduced himself as a “masculine-of-center genderqueer” person named “Timothy” (the name he picked for himself) and asked them to use male pronouns when referring to him.
And, by all accounts, Boatwright felt welcome on campus — until the day he announced that he wanted to run for the school’s office of multicultural affairs coordinator, whose job is to promote a “culture of diversity” on campus. But some students thought that allowing Boatwright to have the position would just perpetuate patriarchy. They were so opposed, in fact, that when the other three candidates (all women of color) dropped out, they started an anonymous Facebook campaign encouraging people not to vote at all to keep him from winning the position. “I thought he’d do a perfectly fine job, but it just felt inappropriate to have a white man there,” the student behind the so-called “Campaign to Abstain” said.
“It’s not just about that position either,” the student added. “Having men in elected leadership positions undermines the idea of this being a place where women are the leaders.” Boatwright told the Times that his high-school friends knew he was transgender, but he identified himself as female on the application to Wellesley because he didn’t want his mom to know. Of course, Wellesley is also a female school, and “it seemed awkward to write an application essay for a women’s college on why you were not a woman,” he said.

Yep, welcome to the new normal: transgender trans-sanity. Anyone can join – all you have to do is renounce all reason, rationality and morality, and you are in the club. Anything goes. After all, it is all about love isn’t it? And love knows no boundaries. Love does not discriminate. Love simply is.

So to hell with reality, biology, genetics and common sense. We are whatever we want to be. And given that I have always had a deep and abiding love of Dr Pepper, I am hoping that after my milkshake status dies down a bit, I will morph into my true identity and hopefully win the Dr Pepper of the Year award.

Let me finish with some wise words from Katy Faust:

A man has been named “woman of the year.” So, this begs question, what does it mean to be a woman? Does being a woman mean wearing dresses and putting on make-up? Is that the standard for womanhood these days? I have great compassion for Mr. Jenner. But if he can declare himself a woman and have it be so by his decree, then is there anything truly unique about being female? No. It reduces womanhood to wearing costumes.
I for one think that women are incredible. Truly. We are different from men and the entire world benefits because of it. Women tend to empathize more easily, and be more conciliatory. Our minds tend to be more concerned with relationships than outcomes. Our bodies are geared towards nurturing and sustaining life. Every cell of our bodies testify to the uniqueness of our sex, so not even surgical alterations of external organs will be able to change the differences in the way our minds work, and the way our eyes see, and the way our hands move to comfort the hurting and order the world around us. If your son is lost in the mall, who do you tell him to look to for help? A woman with children, every time. Because women are made to be safe havens.
Women are powerful. Our power does not come from trying to be like men, or trying to be men. Feminine power comes from being ourselves, and being altogether *unlike* men. When we minimize the glorious distinctions between men and women, we minimize what it means to be human. Because we are a gendered people, and that is *good.*
I wish you happiness and peace, Mr. Jenner. But you are no woman. No matter how many dresses you wear.

16 Replies to “Jenner, Transgender and Trans-Lunacy”