If you are looking for a sure-fire way to destroy a culture, the gender bender moonbeams seem to have found the perfect solution. They have declared war on just about everything: reality, biology, gender, language, reason, logic and common sense.

Everywhere we turn we find their destructive agenda being unleashed on hapless populations throughout the West. What the Marxists could not accomplish with tanks and bombs, the cultural Marxists and the gender anarchists are accomplishing with politically correct madness. 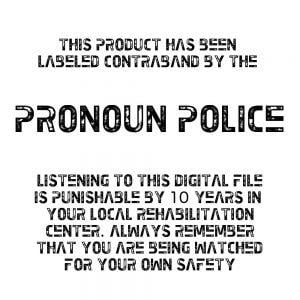 And it is frightening to behold. I have reported on dozens of examples of this over the past few years, including their diabolical war on language. It has gotten so out of hand that simply calling someone by the “wrong pronoun” is now almost a capital offence. Consider just two more recent cases of this lunacy.

In the UK we have Oxford University telling its students to refer to each other with “gender neutral pronouns” such as “ze,” instead of he or she, so that no one gets “offended”. Poor little buttercups. We sure don’t want to hurt their precious feelings now do we?

A few generations ago young men and women were sacrificing everything, dying on fields of battle to protect our freedoms. But now these delicate snowflakes are seeking to deconstruct reality so that their feelings do not get upset. Wow.

So we have gotten to the place where gender is now something completely of our own choosing. If I choose to self-identify as a female, black, three-legged alpaca, well, that is who I am, and no one can tell me otherwise. And you better embrace me for who I am, or I will send the gender bender thought police after you.

This gender craziness simply keeps getting worse by the day. As a recent piece from Christian Voice put it:

So, just how many new genders are there? According to a recent count on the website Tumblr, which is the home of the online feminist, there are over 400 gender options now to choose from. From the more popular ‘genderqueer’ and ‘genderfluid’, to far more obscure options, all are to be accepted without question, unless one wishes to be called ‘transphobic’ or ‘transmisogynist’. These options aren’t mutually exclusive either, so one can choose to identify with more than one of these new ‘genders’.

Yep, let’s just make all this up as we go along. Indeed, forget the alpaca nonsense. I now identify as a Simpson top loader 6.5Kg capacity heavy duty washing machine, model number 225-650k. I am 15 years old and still running well. If anyone is in need of a good wash, come on over to my place and we can make some magic together.

But in the Australian state with the worst case of moral and mental constipation – the People’s Republik of Victoria – the nutjob lefties and the gender police of the Dan Andrews’ government are at it yet again. Not a day goes by when these lunar radicals are not offering up some new imbecility to foist upon hapless Victorian residents.

Now they are telling us to stop calling spouses ‘husband’ and ‘wife’. Yes you read that right. As one newspaper report states:

Victorian government workers are being discouraged from using “heteronormative” terms such as “husband” and “wife” in a new guide to communicating with the LGBTI community. Instead, the workers are being schooled in adopting gender-neutral pronouns “zie” and “hir”.
The Inclusive Language Guide, which has been designed for use across the public sector, also warns against derogatory terms, such as “dyke” and “fag”, as well as “offensive questions”, including asking a transgender person whether or not they have had surgery.
In his introduction to the guide, Victorian Equality Minister Martin Foley says the government’s responsibility is to keep people safe, including the LGBTI community. “The guide is one of the ways in which we are addressing and eradicating homophobia, biphobia and transphobia,” he says. Ro Allen, the state’s first gender and sexuality commissioner, encourages businesses also to use of the guide, saying that equipping people with correct language will “promote safer spaces” for LGBTI Victorians.

Dan and his Labor buddies obviously have far too much free time on their hands since they keep coming up with all this utter lunacy. Every idiotic, anti-Christian, anti-family, and anti-life agenda item you can imagine seems to have been put forward by this hyper-left government.

Thankfully not everyone thought this latest bit of PC moonbattery was a great idea. For example, Opposition spokesman Tim Smith said this:

People should be respectful to everyone regardless of gender, religion, ethnicity, sexuality and appearance, but once again Daniel Andrews is dividing people with his over the top ideological nonsense. Victorians are being swamped by a violent crime wave and skyrocketing electricity bills but Daniel Andrews is focused on people using heteronormative terms such as ‘husband’ and ‘wife’. This isn’t just creating unnecessary division it’s also a frightening waste of taxpayers’ money when respect and common sense is what’s needed.

Jeremy Sammut of the Centre for Independent Studies was also not very impressed: “It’s a totalitarian project dressed up as liberation theory. I would think it is possible to treat people with respect and respect people’s privacy without resorting to this.”

And Rachel Carling-Jenkins, DLP member of the Victorian Legislative Council, put it this way on social media:

The bitter Left is at war with our culture, so much so that they now want to stop us using the words “husband” or “wife” in the workplace in case we offend someone. I ask, what is so wrong with a culture built upon individual freedoms, equality under the law, and the family unit?
The culture change being sought is one of “tolerance” and “respect”, in which your freedoms are suppressed by the totalitarian instinct of the bitter Left, through a government that instructs you on what you’re allowed to believe, what you’re allowed to say, and how you’re allowed to say it. Dumb, dumber, dumbest? Ordinary folk know this is nonsense.

Yes there is a whole lotta dumb going on around here. The old saying about “Whom the gods would destroy, they first make mad,” seems to be completely at work here. These loony coercive utopians are destroying everything in their path, and they are doing so by use of some of the most inane and idiotic means possible.