The High Court has just ruled that American prolife activist Troy Newman is a ‘risk’ and must return home. So his 10-talk Australian tour is now up in smoke, and his many expenses flushed right down the drain. One early news write-up on this puts it this way:

Anti-abortion activist Troy Newman has lost his High Court bid to stay in Australia and could be deported as early as this weekend. Mr Newman flew into Melbourne from the United States on Thursday, despite having his visa revoked by the Immigration Department. His lawyers tried unsuccessfully to appeal that decision in the High Court in Melbourne this afternoon.
Justice Geoffrey Nettle ruled the Department was justified in revoking Mr Newman’s visa over fears the visit would pose a risk to the community. Justice Nettle ruled Mr Newman may have had a case to challenge the refusal, but said he should not have boarded a plane to Australia knowing his visa had been cancelled.
“Acting as he did means he does not come to this court with clean hands,” he said. Mr Newman is the head of anti-abortion organisation Operation Rescue and was due to speak in Melbourne, Sydney, Brisbane, Hobart and Cairns over the next fortnight at events run by the group Right To Life Australia. 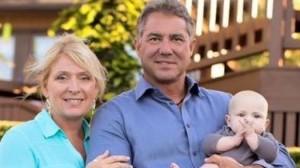 Um, say that again? Seeking to defend the lives of innocent babies is a risk? But slaughtering them wholesale and openly advocating the same is not? A person dedicated to protecting babies is the evil terrorist here, while those who are intent on killing them en masse for profit are the good guys?

There are many who are responsible for this sheer madness. Pro-abortion Labor MP Terri Butler is obviously guilty here. She is one of those who instigated this anti-Newman campaign, along with her baby-hating buddies. The mainstream media is fully culpable here as well, repeating one lie after another.

Indeed, I just heard one tool on the Ch. 9 news say Newman had told people to murder abortion doctors!! The sheer impunity with which these media stooges simply lie and lie again is utterly mind-boggling. Just make stuff up as you go along, with absolutely no accountability or fear of reprisal for spreading lies.

Of course one can speak about the guilty church – the silent church. How many churches were even aware of this particular episode, let alone the general war on the unborn? How many churches have never spoken out on the slaughter of the innocents? How many pastors have kept completely silent on this?

When we are more worried about building up big crowds and keeping the collection plates full of moolah, then we fully share in the blame here. Indeed, the craven and cowardly churches which never speak out on this are just as guilty as the abortionists who actually kill the babies.

All this is still quite new news, so we have very few other details to go by at this point. Another news article added a few bits of info:

Mr Newman’s wife, Melissa, was in court to hear the verdict with supporters, but would not talk to reporters after the verdict was handed down. She appeared upset as she entered a meeting room with supporters, and left through a back entrance to avoid talking to the waiting media outside.
Lawyers for Mr Dutton and Mr Newman agreed to reappear in court on October 30, when the question of whether Mr Dutton was legally entitled to cancel Mr Newman’s visa will be decided. In the meantime, with no valid visa, it’s expected Mr Newman will be deported.

Newman was due to speak at a prolife conference in Melbourne tonight, so that is obviously the first of many cancelled or radically changed events he was meant to take part in. So thousands of people will be inconvenienced by all this, even though Newman was never found guilty of any act of violence whatsoever. Despite all the lie-mongers.

Not everyone is happy with all this. Writing before this High Court decision, commentator Andrew Bolt said this:

Offence takers are killing free speech. They are also making Christianity a crime. We’ve got a visiting anti-abortionist banned and in detention… We’ve also got an Archbishop facing court for opposing same-sex marriage….
If calling abortion murder is enough to get you banned from Australia, and opposing same sex marriage gets you dragged before the courts, how much longer before the Pope is banned or jailed here, too?
What kind of police state is the Left building here, and why is the Turnbull Government going along with it?
UPDATE
Many news sites are repeating Terri Butler’s misleading claim that Troy Newman “wants abortionists to be executed”, as if he is inciting murder and vigilante justice. In fact, Newman has publicly and repeatedly opposed violence, and his offending comments come from a book he wrote 15 years ago, calling for abortionists to be treated as murderers under the US justice system:
“In addition to our personal guilt in abortion, the United States government has abrogated its responsibility to properly deal with the blood-guilty. This responsibility rightly involves executing convicted murderers, including abortionists, for their crimes in order to expunge bloodguilt from the land and people. Instead, the act of abortion has been elevated to a ‘God-given right’ and the abortionists canonized as saints.”
Many people will not like his position, but it is ludicrous to say we should not let him express it here. The only people in mortal danger in the debate Newman seeks are, after all, the unborn children he’s trying to save. I don’t agree with capital punishment of abortionists at all. I don’t even agree with criminalising abortion, although I confess it troubles me. I am not a Christian.
But I do sense the real danger here: of authoritarians criminalising the speech that challenges them, and denying the right of the rest of us to decide for ourselves whom to hear and what to think.

Those few Christians who believe in the sanctity of life, the importance of biblical morality, and the importance of freedom, are now in very big trouble. It will of necessity get much worse before it gets any better – if it does get better at all.