Some thoughts on government power, the public good, and mandatory policies:

Australian leader Scott Morrison recently said that those in some sports codes should not be allowed to play unless they are vaccinated. As one report put it: “Prime Minister Scott Morrison says players who refuse to get a flu shot should be banned from competing in the NRL. Mr Morrison is adamant players should abide by a ‘no jab, no play’ policy after Gold Coast anti-vaxxer Bryce Cartwright polarised the rugby league community with his stance.” 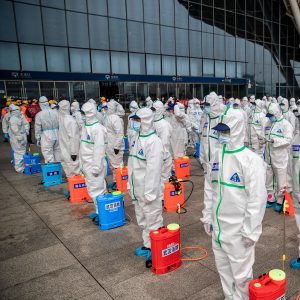 Of course with those remarks he again opened up the can of worms concerning things like mandatory vaccinations, and the debate about freedom versus public health concerns. How far can and should the state go in depriving people of their liberties in the interests of keeping them safe?

Morrison has previously been pushing this hard line, saying that if Australians want some of their freedoms back, they must take up the corona phone tracking app. As I already said about that, many Australians are not at all impressed with such bribery or blackmail. And many folks understand that what is voluntary today can so very easily become mandatory tomorrow. See more details about various concerns on this here: billmuehlenberg.com/2020/04/27/on-corona-tracking-apps/

That battle is fought all over the place, and I am not here directly wading into it. As I have said before, I am not a medical expert nor a scientist, and I realise that even those who are can have quite differing views on these matters. So here I want to limit my discussion to how far the state might go in forcing various health and safety measures onto the population.

That it already does this in all sorts of ways is obvious. For example, all Australian drivers must wear seatbelts, whether they want to or not. When such laws first appeared, there were plenty of folks up in arms over this. Now we all do as we were told – not so much because we all necessarily fully agree, but because of the heavy arm of the law coming into play. If we refuse to comply, fines and demerit points and so on are dished out. So state power has brought about widespread compliance.

In that particular case it might be fair enough. But what about in other areas? Again, plenty of people for various reasons are convinced that vaccinations are not safe, reliable and effective, and they have plenty of concerns about personal freedom being undone by the nanny state.

Other folks may think that vaccines are basically OK, but they still can have related concerns. For example, what about claims made by prolifers that researchers are developing a vaccine for Covid-19 using aborted baby parts? I too would have real worries about such things.

What happens if and when the state demands that all people are vaccinated for things like coronavirus, and if some of those vaccines do indeed have very questionable ethical elements to them? Should we all be made to submit? How far does the ‘good of society’ trump individual freedoms and other concerns?

The 20th century has already seen its fair share of destructive eugenics. Nazi Germany of course led the way here. Among other things, over 3,500,000 German citizens were forcibly sterilised by the Nazis as part of their program to bring in a pure Aryan race – a “master race”.

But it is not just totalitarian states that have utilised eugenics for various ends. Consider the free and democratic United States. Early last century various compulsory sterilisation laws were enacted, with many who were physically or mentally unfit being the victims. These policies and programs were urged on by eugenicists such as Margaret Sanger (the founder of Planned Parenthood). All up some 65,000 Americans were forcibly sterilised.

As I said in an earlier piece about Sanger: “Her publication Birth Control Review once featured this slogan: ‘Birth Control: To Create a Race of Thoroughbreds’. In her 1922 book, The Pivot of Civilization, she called for the elimination of ‘human weeds,’ for the cessation of charity, for the segregation of ‘morons, misfits and the maladjusted’ and the sterilisation of ‘genetically inferior races’.” billmuehlenberg.com/2008/11/20/the-menace-of-eugenics/

With so much horrific medical experimentation having been done by the Nazis, and so many war crimes to be dealt with, the Nuremberg trials were held in 1945-1946. Eventually the “Nuremberg Code” was released dealing with “Permissible Medical Experiments.” The first and final points contained there are worth sharing here:

-The voluntary consent of the human subject is absolutely essential.

-During the course of the experiment the scientist in charge must be prepared to terminate the experiment at any stage, if he has probable cause to believe, in the exercise of the good faith, superior skill and careful judgment required of him that a continuation of the experiment is likely to result in injury, disability, or death to the experimental subject.

While this of course is dealing more specifically with medical experimentation, the points raised here do have some relevance for contemporary debates about things like mandatory vaccinations. Should all vaccines be only voluntarily received, or can the state force unwilling citizens to take them, if it is seen to be in the public interest?

Of course just on the matter of personal freedom alone, I would have real problems with many mandatory government health measures. In an earlier article I asked about how far we go with things like rules preventing people seeing loved ones in aged care facilities unless they have flu shots. Such laws came into effect here a week ago: billmuehlenberg.com/2020/04/13/healthcare-the-state-and-liberty/

Some have concerns about just how safe vaccines are. As I say, I am not an authority on such matters, and I am fully aware of the very strong pro and con camps that exist on this. But worries about the expansive state and shrinking freedoms sure do remain for me.

One prolife and pro-faith group now has a petition out on this very issue. It begins with these words:

Let me point out one fact: It certainly is not just so-called nutters and conspiracy theorists who have concerns about things like mandatory vaccinations. There are various reputable medical bodies and academics who have spoken against it for various reasons as well.

Indeed, I just did a very quick internet search and came up with a number of these. Let me simply quote from two of them that I discovered. One piece from a Sydney university medical group concludes its piece on this topic as follows:

Unfortunately, while well intentioned this approach is imprudent. The problem of vaccine hesitancy is far more complex than can be addressed with a simple elimination of non-medical exemptions. Parents no longer fear diseases such as measles that have been largely controlled through vaccination. So parental fear has shifted from the diseases to the vaccines.

Despite a remarkable safety record, vaccines are not perfect and many parental safety concerns have remained unaddressed. We lack effective tools at the provider, community and national levels to address vaccine hesitancy. Trust in pharmaceutical companies that make vaccines and governments that purchase and promote vaccines are at an all time low. A more draconian approach may result in more harm than good, and may even backfire by driving hesitant parents to become anti-vaccination.

This lesson was learned in the UK more than 150 years ago when they made smallpox vaccination compulsory, initially without non-medical exemptions. Anti-vaccination groups were joined by libertarians, and 20,000 demonstrators took to the streets in Leicester. Parents who refused vaccines became martyrs. The UK ultimately resorted to a non-medical (conscientious) exemption.

Rather than repeating history, we need to learn from it. In fact, the recent legislative efforts have resulted in substantial backlash. This backlash has been a factor in the defeat of proposed laws in Washington and Oregon that proposed to restrict exemptions. There is substantial value in making exemptions more stringent and requiring health education. Getting rid of non-medical exemptions and making mandatory vaccination truly compulsory risks substantial public backlash and may be counter-productive to our ultimate objective of reaching and sustaining high rates of immunization coverage and controlling disease. sphcm.med.unsw.edu.au/news/making-vaccination-truly-compulsory-well-intentioned-ill-conceived

Another piece concludes this way:

There’s no simple, one-size-fits-all solution when it comes to convincing parents to immunise their families. Vaccination is an emotional topic that polarises populations – but when the consequences are a matter of life and death, sometimes we need to ditch the stick and hold out a hand instead. www.sciencealert.com/as-effective-as-they-might-be-making-vaccines-mandatory-breaks-trust-in-healthcare

Many more pieces like this could be offered. And both of these have no problems with vaccinations as such, but they do have questions about how helpful mandatory vaccinations are. Their main concern seems to be that such heavy-handed approaches will turn more folks off and result in less vaccinations occurring.

Of course my concerns are a bit broader, and again have to do with the dangers of ever-expanding state powers, even if they are thought to be for the public good. History records far too many cases of the state thinking it knows what is best for everyone else, with the result that freedoms keep declining while state powers keep increasing.

In sum, plenty of questions remain here. And even political and medical groups have questions about how helpful things like forced vaccinations are. All this is just part of a much larger discussion. So much more could be said, and I have only skimmed the surface here on some important matters.

As I have mentioned, the pro-vax versus anti-vax debate can be very hardcore and emotional indeed. It is not my intention to have that debate rerun here in the comments section. Again, my bigger concern was to look at questions about state power, and how far human freedoms can and should be restricted in the interests of public health and safety.

So if commentators wish to speak to that aspect of the debate, you are invited to do so. But simply coming here with angry and emotive comments – on either side of the well-worn debate – along with a bunch of “must watch” YouTube videos is not what I will be keen to allow here, thanks.

23 Replies to “The State, Mandatory Health Care, and Eugenics”